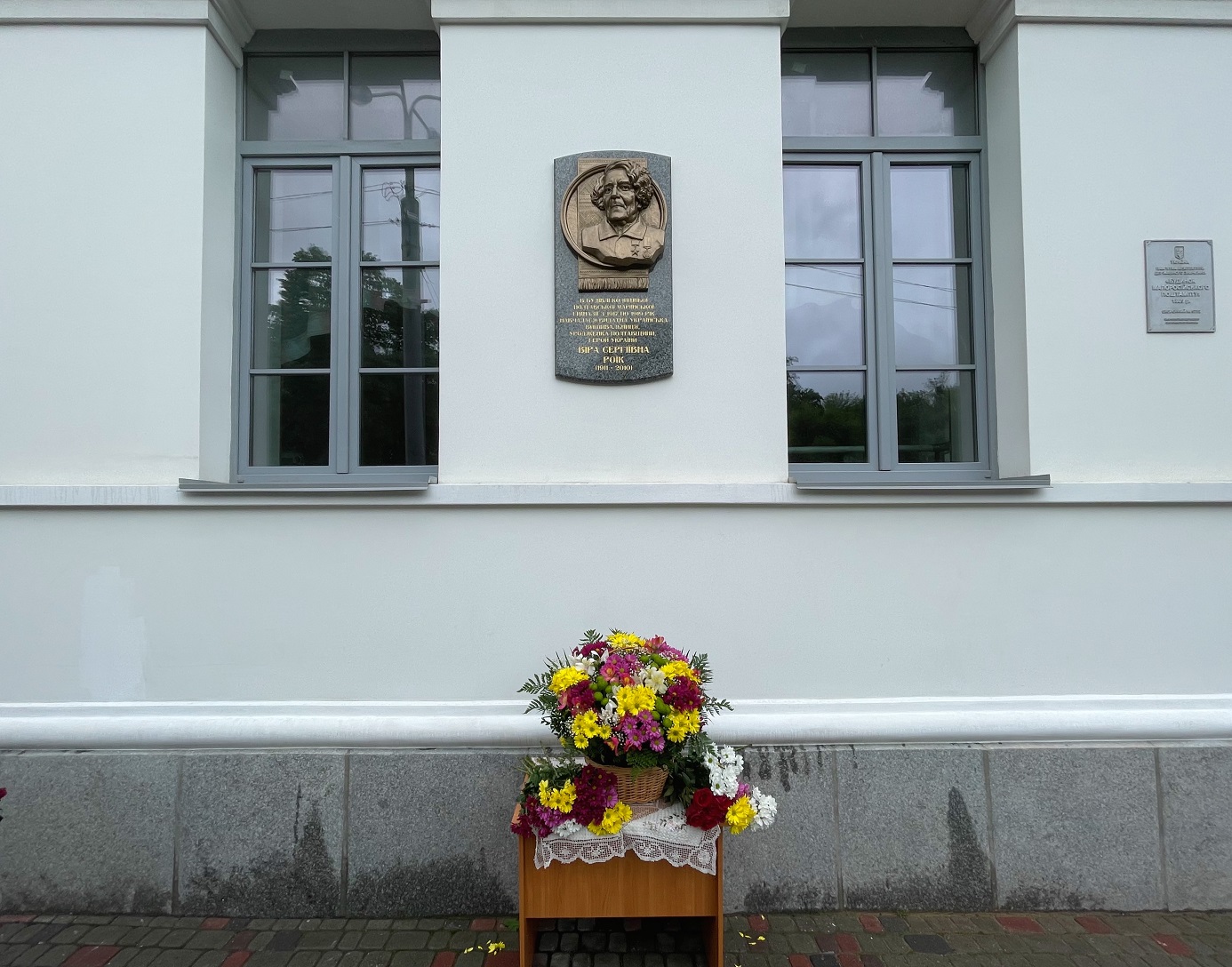 As part of the city's events to mark the World Embroidery Day (the 3rd Thursday of May) and on the occasion of the 110th anniversary of the birth of a prominent Ukrainian embroiderer on the facade of the former Mariinsky Women's Gymnasium (now - the city school of arts "Small Academy of Arts" named after R. Kyrychenko), where the master studied, tore off a memorial plaque to Vira Roik.

Vira Roik (1911-2010) - Honored Master of Folk Art of Ukraine, Hero of Ukraine, whose works encode the genetic memory and history of the Ukrainian people. She is the author of more than a thousand original works stored in museum collections in Ukraine and around the world. She was rightly called the "Guardian of Ukrainian embroidery."

In total, there are more than 300 memorial plaques in Poltava, which honor the memory of famous people and significant events.