Icon of St. Nicholas the Wonderworker in the Poltava Museum 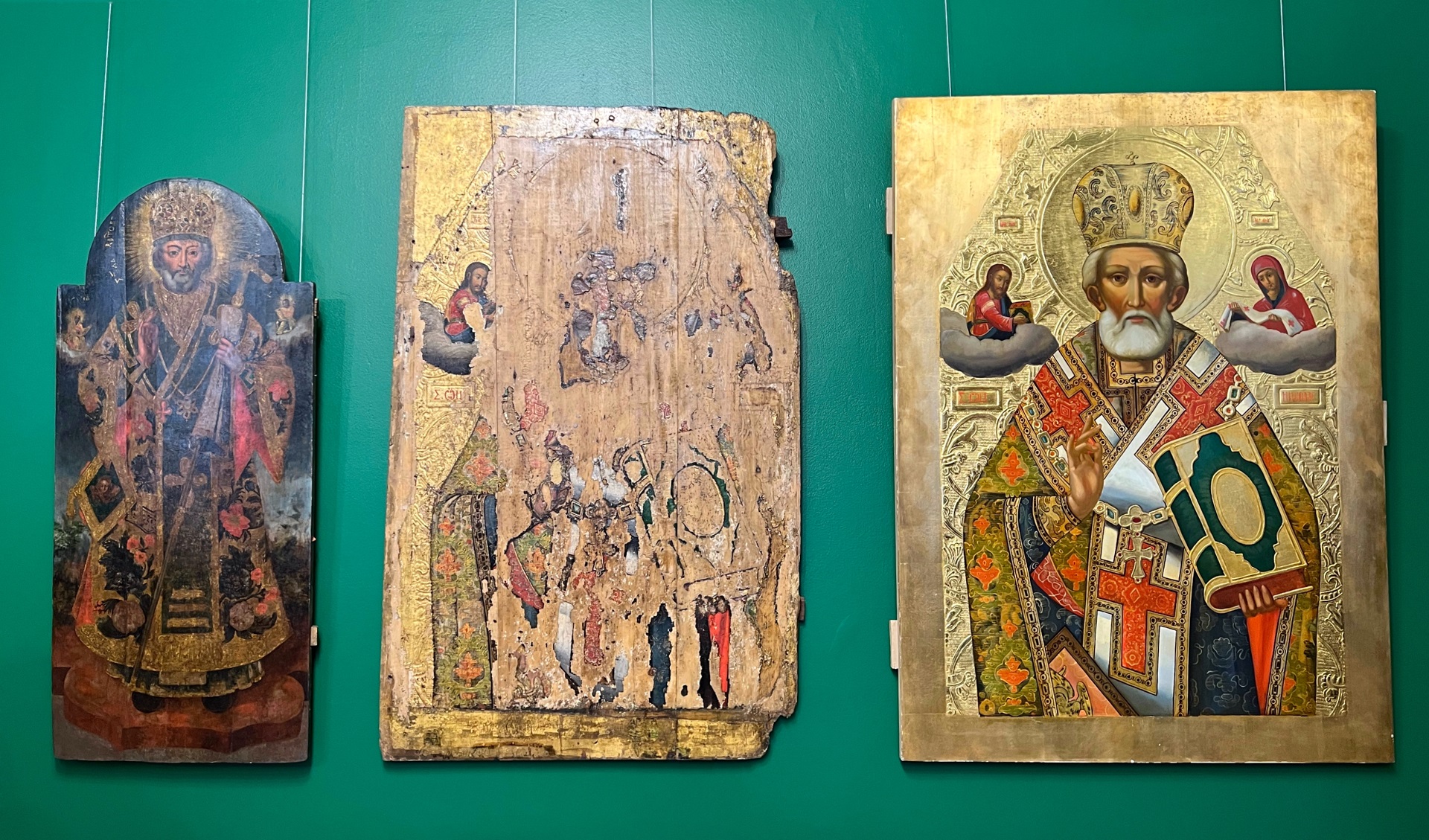 In the Poltava Art Museum (art gallery) named after Mykola Yaroshenko preserves a unique monument of sacred art - the icon of St. Nicholas the Wonderworker from the Dykanka Church of St. Nicholas (Poltava region). For a long time, the preserved icon was kept in the museum's funds, as it was extremely damaged. In 2009, the icon was restored by specialists of the Kharkiv branch of the National Research Restoration Center of Ukraine. The work lasted more than a year. In order to restore the icon as it was in the eighteenth century, it was decided to create a copy-reconstruction. Every year from December 19 in the museum's exposition you can see both the original and the reconstruction.

The uniqueness of this icon is given by the legend connected with it. According to which, the image of St. Nicholas appeared on a forest glade near Dykanka. Repeated attempts to move her to the local church ended in a strange way: in the morning she was where she was found. By order of Leontii Kochubei, a church was built on the site and consecrated in honor of Nicholas the Wonderworker. For years, rumors spread about the miracles that the image creates. Thousands of pilgrims from all over went to Dykanka to pay homage to the saint and ask for healing. Among those pilgrims was Maria Gogol-Yanovska. Overwhelmed by the loss of two children, she walked from the Janowska ancestral estate to the Dykan miraculous icon to ask for God's mercy so that God would give a son. The newborn boy was named in honor of St. Nicholas, he was destined to become a world-famous writer.