Getting to know Poltava continues! 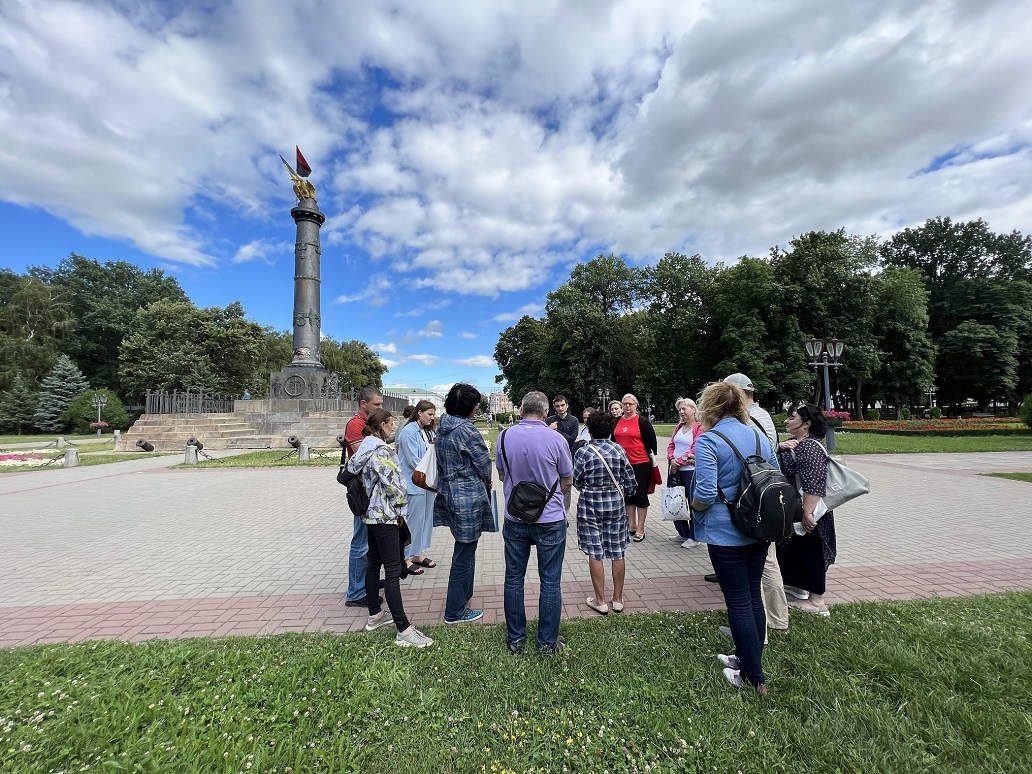 Acquaintance with Poltava and its outstanding historical and architectural monuments continues. Again, as in the first summer month, sightseeing services during July mostly took place outdoors on the territory of museum estates, in park and recreation areas or on the streets of the central historical part of the city.

The state historical and cultural reserve "Battlefield of Poltava" (https://cutt.ly/3ZOR0mr) increased the scope of excursion services. If more than a hundred people used its services in June, this number doubled in July. The total number of held various cultural and educational events reaches eleven. Thematic excursions such as: "Historical Poltava: from a Cossack fortress to a provincial city", "Monuments of the Battle of Poltava: from myth to truth" caused great excitement and interest among Poltava residents and guests of the city, as well as among scientists and well-known local historians. "Secrets of the Swedish forest", "We are all children of the Cossack region!". Among the secrets of the latter's success is the use of rich visual material of the so-called "tour guide's portfolio", unique museum exhibits, photo zones, etc. The differential approach of scientists in excursion service provided age gradation and a variety of cognitive and educational attractions: master classes, game-quests, aqua grime, lectures-reflections, practical classes, etc.

Traditionally, great attention is paid to the category of internally displaced persons, for whom Poltava has become a second home and who are served by the city's museum industry free of charge.

In general, during the two summer months of the current year, the municipal museums of Poltava served almost 5,000 people for the total amount of provided paid services of 117.2 thousand UAH.

More details about the events, their time and place are available on the museum pages in social networks.