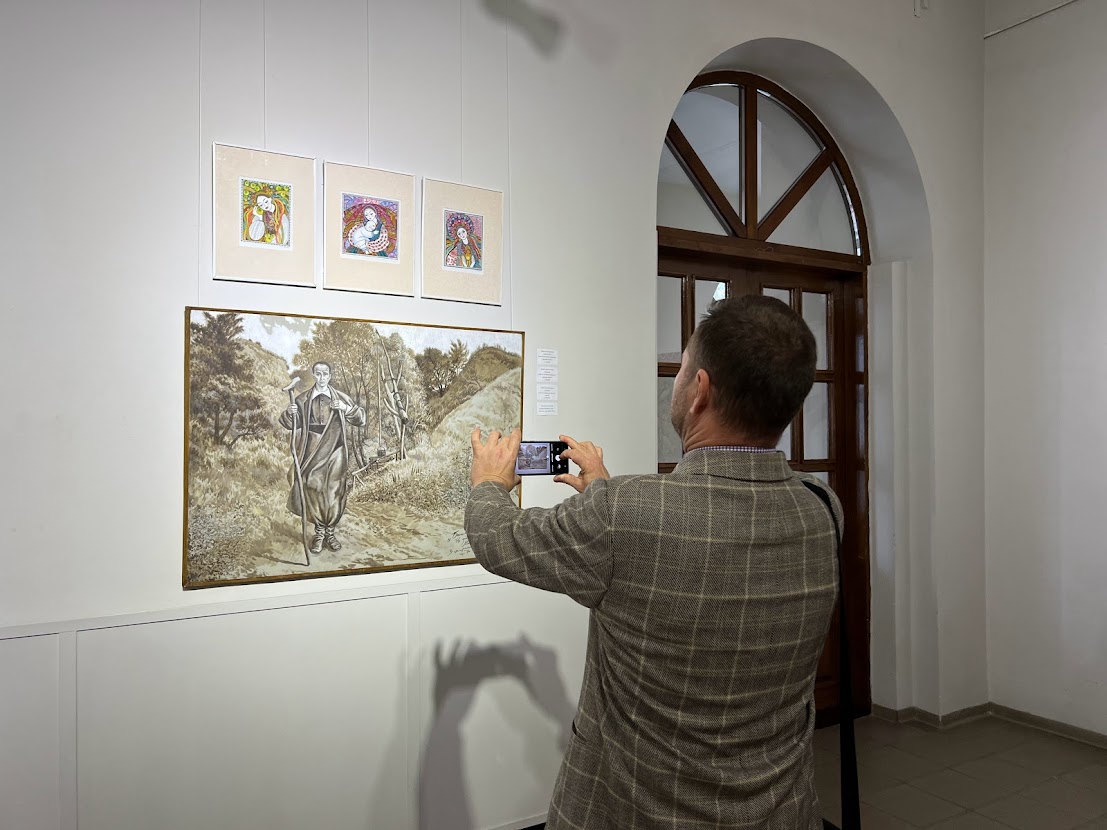 On the eve of the anniversary (November 22 according to the old style) of the Ukrainian philosopher, theologian, poet and teacher Hryhorii Skovoroda in the Poltava Art Museum (art gallery) named after M. Yaroshenko opened the exhibition "The Elusive Bird". The event, dedicated to the 300th anniversary of the birth of a great Ukrainian, brought together 75 authors from different parts of Ukraine - Lviv, Kharkiv, Chernivtsi, Odesa, Kherson, Uzhhorod, Dnipro, Ternopil, Cherkasy, Boyarka, Kremenchuk, Luben, Horishniy Plavniy, Mogylev-Podilskyi .
107 works are presented at the exhibition, the core of which is the works of modern masters of fine and decorative arts, which clearly confirm the deep meaning of the thinker's words: "We can know ourselves only by knowing the world - and vice versa." Made in a wide variety of techniques and genres, they are illuminated by the halo of the philosophical truths of Hryhorii Skovoroda, their authors' reflections on the eternal essence of Ukrainian spiritual traditions.
The All-Ukrainian exhibition "The Elusive Bird" is a vivid evidence that the search for truth, which Hryhorii Savych Skovoroda defined as an action akin to "catching an elusive bird", remains relevant centuries later, finding its special expression in the art of the 21st century.