Presentation of the book "Hetman of Ukraine Pylyp Orlyk" 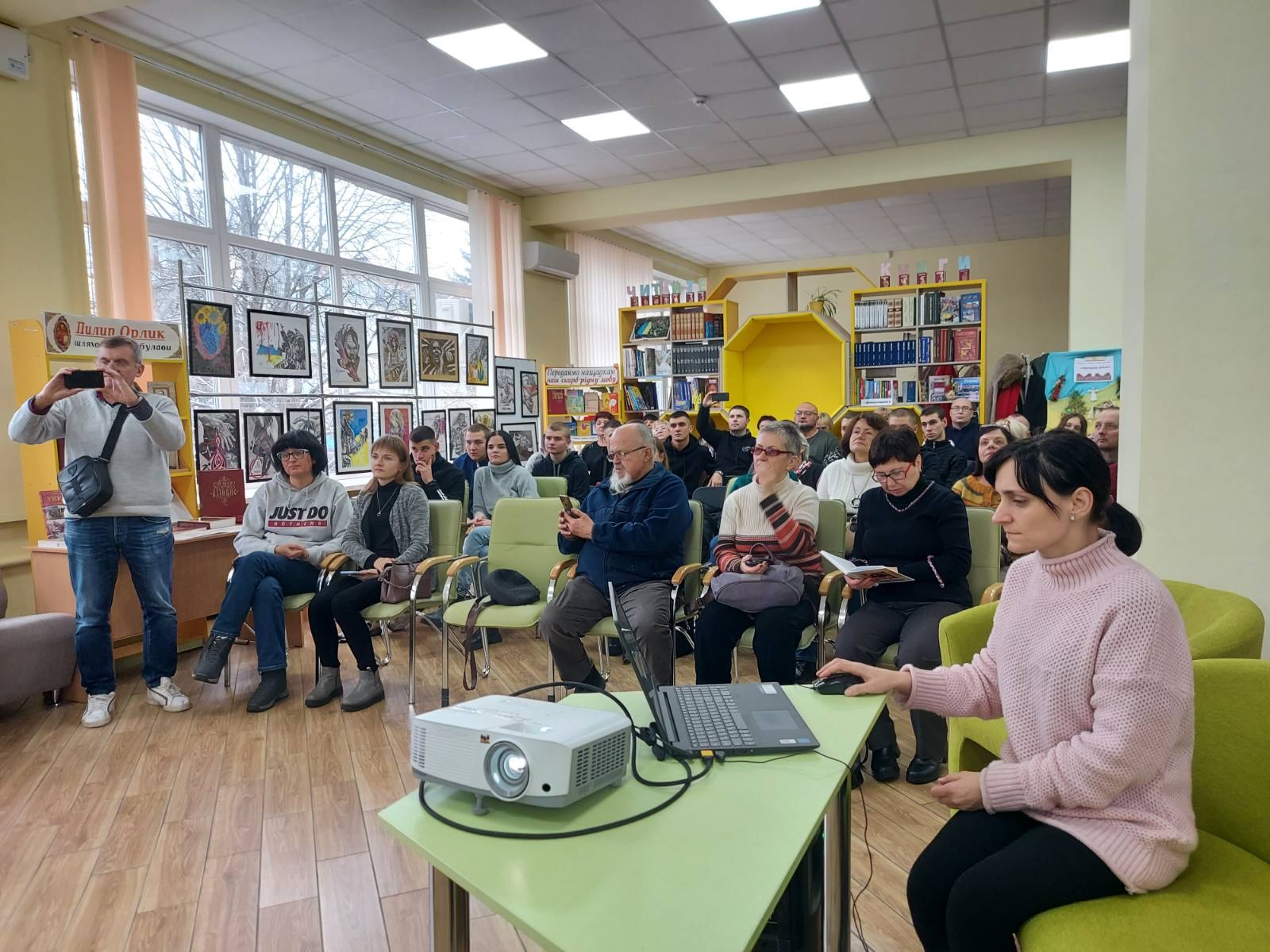 On November 18, in the reading room of the Central Library of the Poltava City Territorial Community, a presentation of the book "Hetman of Ukraine Pylyp Orlyk" by the deputy director for scientific work of the State Historical and Cultural Reserve "Field of Poltava Battle" Ludmyla Shendryk took place.

Pylyp Orlyk (1672 – 1742) was a loyal associate and follower of Ivan Mazepa, the hetman of Ukraine in exile. A graduate of the Kyiv-Mohyla Academy, brought up on the best examples of European and Ukrainian historical-philosophical and legal thought, Czech by origin, he became a true patriot of Ukraine.
In the hetman's residence of Baturina, Pylyp Orlyk made his way from clerk to regent of the General Military Office, became Ivan Mazepa's confidant in his political affairs, and in February 1708 was appointed General Clerk. He participated in the creation of an alliance treaty between Ukraine and Sweden in 1708. Together with his colleagues, he worked on the issue of joining the cossacs of Zaporizhzhia to the Swedish-Ukrainian Union Army.
After the Battle of Poltava in 1709, he emigrated with Hetman Ivan Mazepa. After Mazepa's death, he was elected Hetman of Ukraine in Bendery. In 1710, Pylyp Orlyk, together with like-minded people, drew up the "Legal Structure and Constitution Regarding the Rights and Freedoms of the Zaporizhzhia Army." This unique document is known as the "Eagle Constitution", which proclaimed the priority of democratic principles 77 years earlier than the classic US Constitution.
The life path and activities of the Ukrainian statesman are discussed in Lyudmyla Shendryk's book "Hetman of Ukraine Pylyp Orlyk". The people of Poltava know Ms. Ludmila as a well-known local historian, researcher of the history of Ukraine and the Battle of Poltava. The experience of working in the museum is 38 years. He has been working as deputy director for scientific work for 23 years. An authoritative researcher of the iconography of the Hetman of Ukraine Ivan Mazepa, the theme of the course of the Great Northern War in the Poltava region, known to Poltava residents for the program series "History Lessons" of the former TV and radio company "Ltava", laureate of the city prize named after Samiilo Velychko in 2003.
The new book is an expanded and supplemented edition of the same author's 2005 "Pylyp Orlyk". And dedicated to the jubilee date - the 350th anniversary of the birth of the most famous Mazepyn, champion of Ukraine's independence. The book consists of an introduction, three chapters: "Companion of Ivan Mazepa", "On emigration", "Pylyp Orlyk and the Constitution of 1710" and conclusions. Sources and literature are presented, as well as illustrative material is selected, the basis of which is museum objects from the collection of the Poltava Battle Field Museum of History.