To the birthday of Mykola Gogol 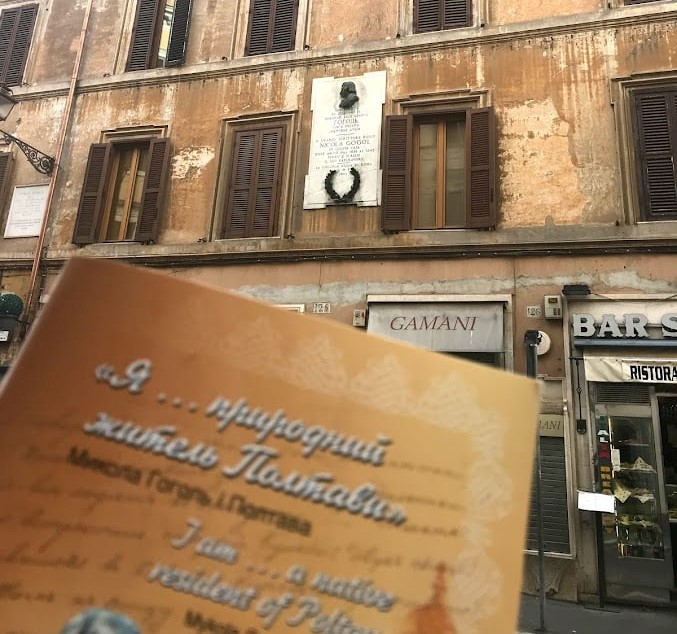 On April 1, 1809, in a small Ukrainian village of the Poltava province, Mykola Gogol was born. He was destined to become a great writer of the 19th century. During his lifetime, contemporaries called him the founder of russian prose. That is, a person who was born in Ukraine, professed and glorified Ukrainian values, admired Ukrainian folklore, customs and history became a classic of russian literature. russians had stolen him as they stole many others famous sons and daughters of Ukraine. In his works, Gogol, not sparing a sharp satirical word, ridiculed imperial russia, contrasting it with picturesque Ukraine and its generous people .And in numerous letters to relatives and friends, he confessed his love for his native land:

- «I have almost gathered, packed all my possessions and am waiting from day to day for this time: I already see everything that is dear to my heart, - I see you, I see my dear Family, I see a quiet river Psel, shimmering through a light veil, which I will throw off, enjoying true happiness, quickly forgot past sorrows.» M. Gogol - V. and M. Gogol, June 13, 1824.

- «I already consulted here about my intention to move to the province, but I confess, God forbid if I have to go to russia. In my opinion, if you're going to go, you should go to Ukraine alone.» M. Gogol - M. Gogol, April 2, 1830.

- «If you were to look into Ukraine, you would find me lazily returning from the field after the mowers, or carelessly lying under a wide apple tree without a coat, on a carpet, near a bucket of cold water with ice, etc. Come!..» M. Gogol - O. Danylevskyi, June 15, 1832.

- «Your congratulation to me with the sky of Ukraine and the bright rays of the sun was very timely: the whole of August was lovely here, the beginning of September looks like summer. I am in complete pleasure. Perhaps there is no other person in the world who is in love with such a passion for nature as I am. I am afraid to let her go for a minute, I catch all her movements and the further I go, the more I discover her elusive charms.» M. Gogol to I. Dmitriev, September 23, 1832.

- «Indeed, leave Katsapiia and go to the Hetmanship. I am thinking of doing the same thing and they will wave me away from here in the next hour. We are fools, right, as you think carefully. For what and to whom we sacrifice everything. Go!» - M. Gogol - M. Maksymovych, July 2, 1833.

- «I grew cold towards our annals, trying in vain to find what I wanted to find in them. Nowhere is there anything about that time, which should have been richer in all events. A people whose whole life consisted of moving, who were involuntarily (even if they were completely inactive from nature) brought to deeds and exploits by their neighbors, the state of the earth, the danger of existence, this people... […] If Crimeans and Turks had literature , I would be sure that no independent people in Europe at that time would have had such an interesting history as the Cossacks...» M. Gogol - I. Sreznevskyi, March 6, 1834.