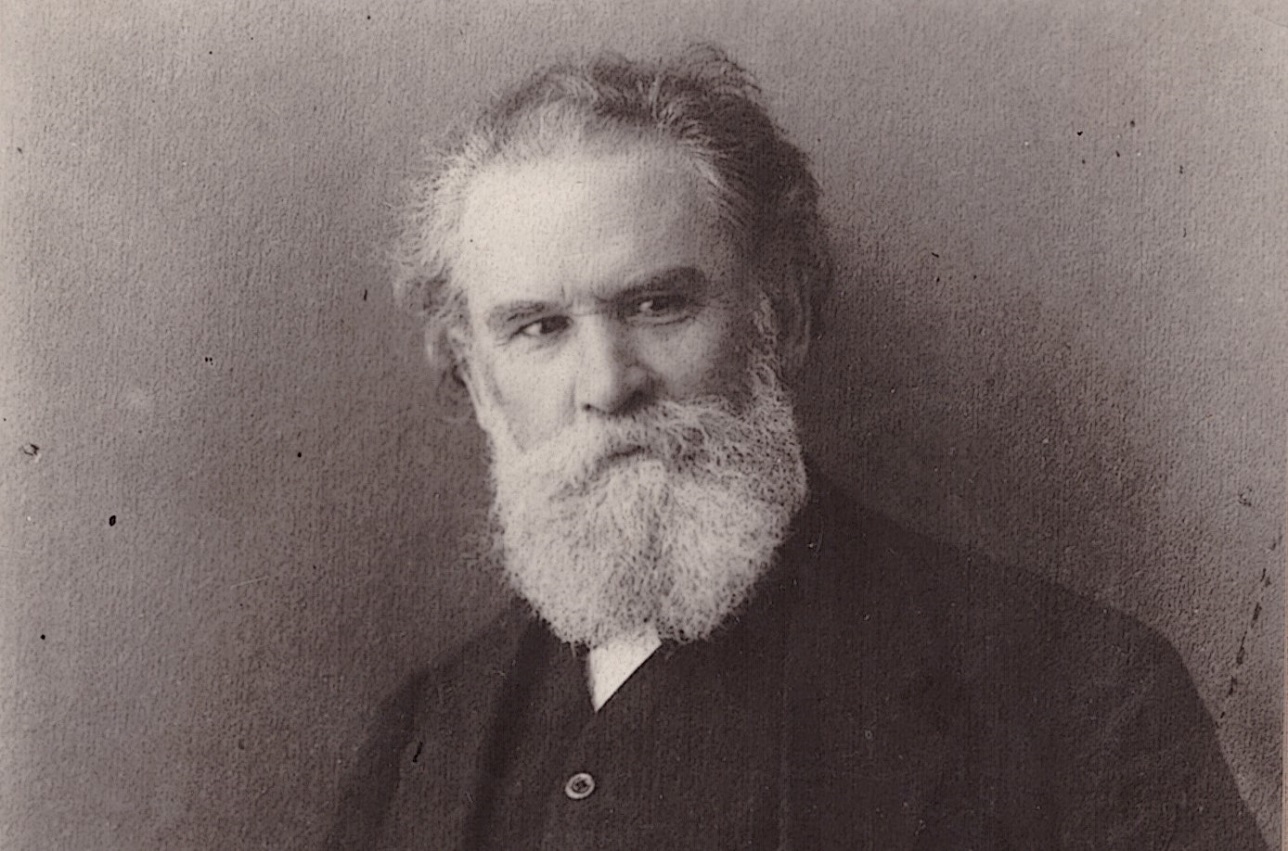 Today marks the 169th anniversary of the birth of Volodymyr  Korolenko - an outstanding writer, journalist, publicist, editor and progressive social activist of the late 19th and early 20th centuries.
The family of the Korolenkos traces its origins to the Zaporizhia Cossack, an active participant in the Ukrainian Liberation War, Ivan the Korol. He and S.Korolenko are mentioned in the government book of Myrhorod for 1655 and 1656. In the fund of the Department of Heraldry of the Government Senate, there is a file about the noble origin of the Korolenko family. In particular, it states that Ivan Korol is a colonel of the Zaporizhzhya Army, a participant in the meetings of the Myrhorod city government in 1661.
The great-grandfather of the writer - Yakiv Korolenko was distinguished by his active nature and high level of education. His son, Panas Korolenko, was a colleague's adviser, the head of the Radzivyliv Customs House in the Volyn Province.
On the paternal line Volodymyr Korolenko is a third cousin of Volodymyr Vernadskyi.
Volodymyr Korolenko's mother - Evelina Skurevych (married Korolenko) - comes from Polish nobles.
Volodymyr Korolenko was born on July 27, 1853 in Zhytomyr. Studied in Zhytomyr and Rivne gymnasiums. He continued his studies in St. Petersburg, and due to persecution by the tsarist authorities, Korolenko was expelled from the academy and sent into exile.
In 1900, Korolenko, together with his wife and two daughters, permanently returned to Ukraine and settled in Poltava. He lived here for 21 years, during which time he managed to become the founder and/or head of many charitable societies: "League to Save Children", "Political Red Cross", "Committee for Aid to the Starving", "Association for Aid to Prisoners of War", Society for Promoting the Physical Development of Children", parent the committee of the female Mariinsky gymnasium, etc.
Life and work of V. Korolenko is closely related to the Ukrainian people and their culture. In the stories and novellas "The forest is noisy", "Doomsday", "In bad company", "Blind musician", "Paradox", "Without a tongue", "Marus's pronoun", "The story of my contemporary" the master of words recreated national life, the nature of Ukraine, conveyed the freedom-loving, industriousness of Ukrainians. Even in his youth, the writer deliberately chose for himself the path of moral and civic education of the people by means of his journalism. Korolenko wrote about 250 articles, essays, correspondence, letters, notes about the life and liberation struggle of the Ukrainian people from 1900 to 1921. In his journalistic works, the artist defended Ukrainian culture and language from persecution, supported progressive Ukrainian writers in every possible way ("Kotliarevskyi and Mazepa", "A Corner of Halychyna in Rostov-on-Don", "Faith of Parents", etc.). In "Letters to a resident of the city outskirts", in the note "A New False Rumor", in the address "To the Christians and Jews of Poltava", the publicist writer explains to his compatriots what should not be done, and what should be done: "... there is no need to smash and riot, or even approve of such actions, but there is no need to sit idly by and wait for someone to do everything for us. One must become a citizen of one's country, one's city, one's street."
Korolenko was a great admirer of the Ukrainian theater, he had strong friendships with the playwright and actor Ivan Tobilevich (Karpenko-Karyi). During his visits to Poltava, Karpenko-Karyi always visited Volodymyr Korolenko at his house on Malo-Sadova Street. Korolenko's family often attended performances of the Ukrainian theater, and then in letters to numerous acquaintances, they enthusiastically recounted how brilliantly Maria Zankovetska, the luminary of the national scene, played.
Korolenko considered the Poltava dialect, the language of the wordsmiths of left-bank Ukraine, to be the basis of the Ukrainian literary language. To the translators of his own works, he always demanded that the translation be close "to our Poltava dialect." "I am convinced," he wrote, "that our people understand Galicia much worse, and the native language, which must remain at the basis of the development of the Ukrainian literary language, is the language of Shevchenko and Kotlyarevsky."
The profession of a journalist made it possible to visit and describe dozens of countries in Europe and the USA. At the end of his life, the writer refused all benefits, pensions, and benefits offered by the Bolshevik government. He did not accept Lenin's offer of honorable emigration abroad. Until the very end, the artist remained with his country, his people: "I'm used to considering myself an independent writer, and I travel in state-owned carriages, "state money" is an unusual and completely foreign matter... I will not switch to state maintenance. I'd rather die."

Since 1940, the Volodymyr Korolenko Literary Memorial Museum has been operating in Poltava. It's a wonderful and cozy place for citizen and guests of the city.