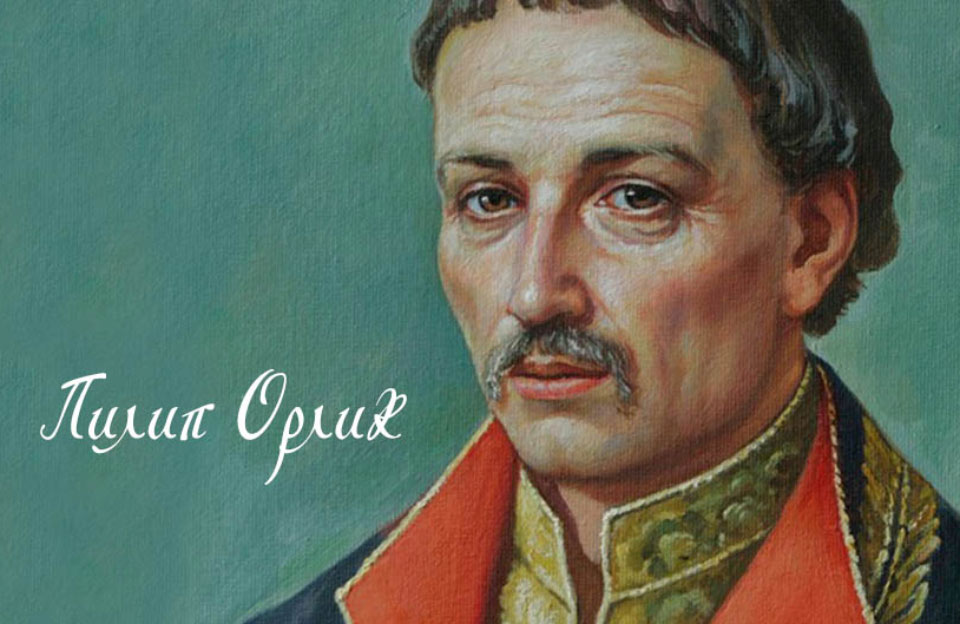 Pylyp Orlyk (1672 – 1742) was a loyal associate and follower of Ivan Mazepa, the hetman of Ukraine in exile. A graduate of the Kyiv-Mohyla Academy, brought up on the best examples of European and Ukrainian historical-philosophical and legal thought, Czech by origin, he became a true patriot of Ukraine.
In the hetman's residence of Baturina, Pylyp Orlyk made his way from clerk to regent of the General Military Office, became Ivan Mazepa's confidant in his political affairs, and in February 1708 was appointed General Clerk. He participated in the creation of an alliance treaty between Ukraine and Sweden in 1708. Together with his colleagues, he worked on the issue of joining the Zaporizhzhia people to the Swedish-Ukrainian Union Army.
After the Battle of Poltava in 1709, he emigrated with Hetman Ivan Mazepa. After Mazepa's death, he was elected Hetman of Ukraine in Bendery. In 1710, Pylyp Orlyk, together with like-minded people, drew up the "Legal Structure and Constitution Regarding the Rights and Freedoms of the Zaporizhzhya Army." This unique document is known as the "Eagle Constitution", which proclaimed the priority of democratic principles 77 years earlier than the classic US Constitution.
"Pylyp Orlyk's political memorial "Declaration of the Rights of Ukraine", written in 1712 as an appeal to Western European governments regarding the defense of the nation-state rights of Ukraine, is also memorable.
The 33-year life of Pylyp Orlyk in emigration was difficult. The stay in the Ottoman Porte, Sweden, Germany, Poland, actual exile in Saloniki, separation from his family, distance from Zaporozhian Cossacks, loss of friends and supporters did not break the hetman.
Striving for the independence of Ukraine, Pylyp Orlyk directed his main activity in emigration to create a coalition of Western European states against Moscow to resolve the Ukrainian issue and for this coalition to declare war on Muscovy (since 1721, the Russian Empire) with the aim of liberating Ukraine.
All world congresses and military conflicts were in the epicenter of Pylyp Orlyk's attention as an opportunity to raise the Ukrainian issue in favor of the Cossack nation. "The life of Pylyp Orlyk is one continuous Europeanization of the Ukrainian issue as a state-international issue, which he carried out continuously in the governments of various states. Out of all the Ukrainian historical figures, he did the most to acquaint the governments of European states with the Ukrainian cause," said Vasyl Riznychenko, a researcher of the activities of the famous Mazepyn.
Pylyp Orlyk died in Iasi on May 22, 1742. The activities of the first Ukrainian political emigration led by him certainly had a significant impact on the Hetmanship as well. National life in it continued after the liquidation of the hetmanship institute by the tsarist government.