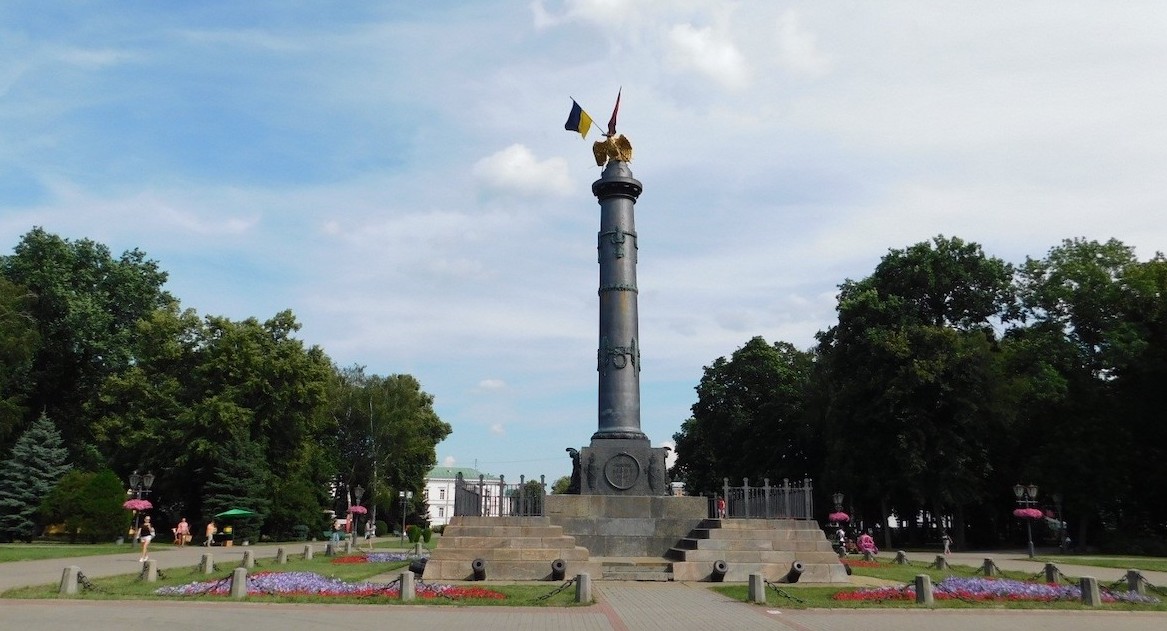 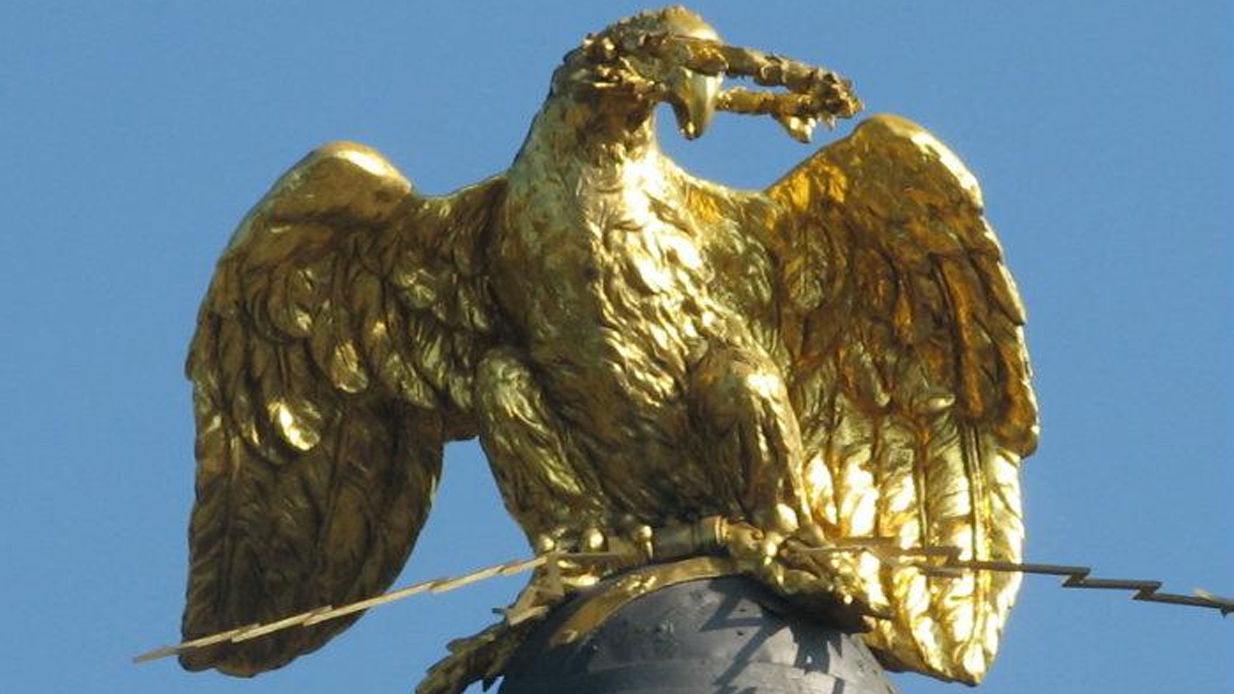 What? - Monument of Glory

The monument in honor of the 100th anniversary of the Battle of Poltava was inaugurated on June 27, 1811. Funds for the construction of the monument were provided by the imperial family and most of it came from the population as a result of a charitable subscription. The total cost was 156 thousand rubles. The authors of the project were: J. Thomas de Tomon, M. Amvrosymov, F. Shchedrin, I. Martos, G. Ugriumov, F. Gordieiev, P. Yakimov. The Monument of Glory is a cast-iron column of the Tuscan order on a cubic granite pedestal, standing on a stepped stylobate in the shape of a quadrangular bastion, based on 18 guns. The column is crowned with a bronze and gilded eagle. The symbol of victory is turned in the north-western direction - to the Field of the Battle of Poltava. He holds a laurel wreath in his beak and lightning in his claws. The total height of the Glory Monument is 16.61 m, the height of the column is 10.35 m, the height of the eagle is 2.11 m, and the wingspan is about 3 m.

According to the legend, the cannons built into the base of the first tier of the monument date back to the Battle of Poltava. 10 - from the Poltava fortress, 8 - from the place of the final capitulation of the Swedish army Perevolochna (now the village is flooded by the waters of the Kamiansky reservoir, 1964).