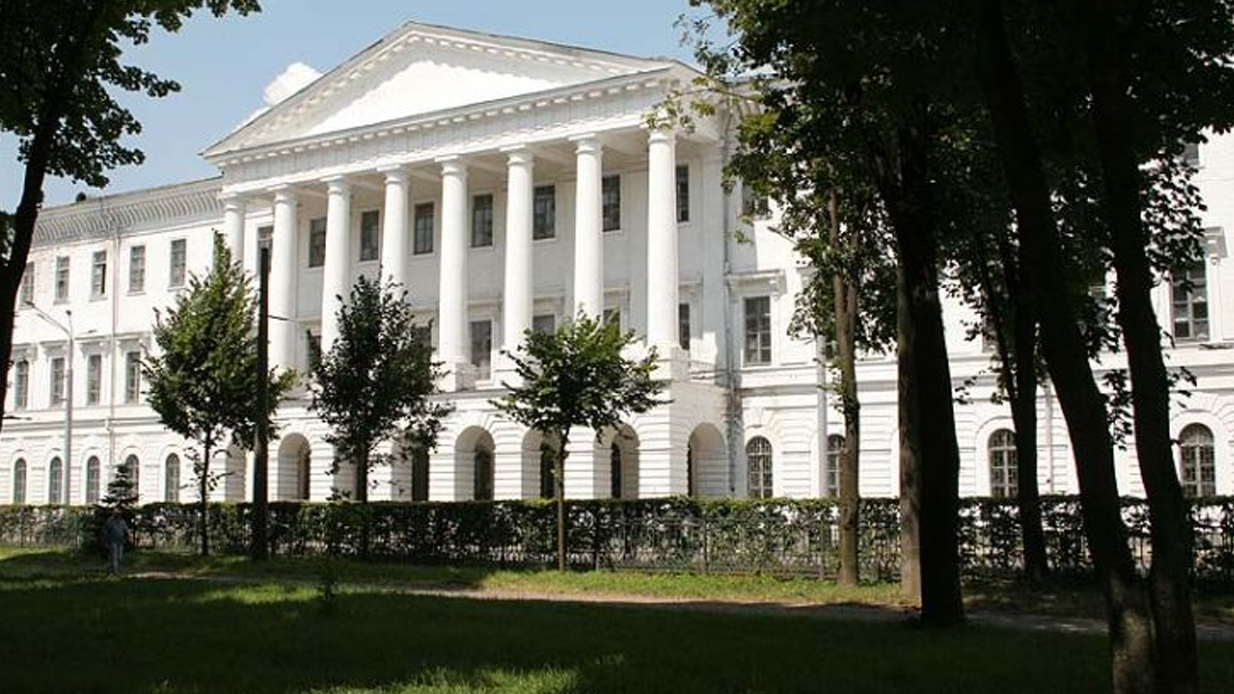 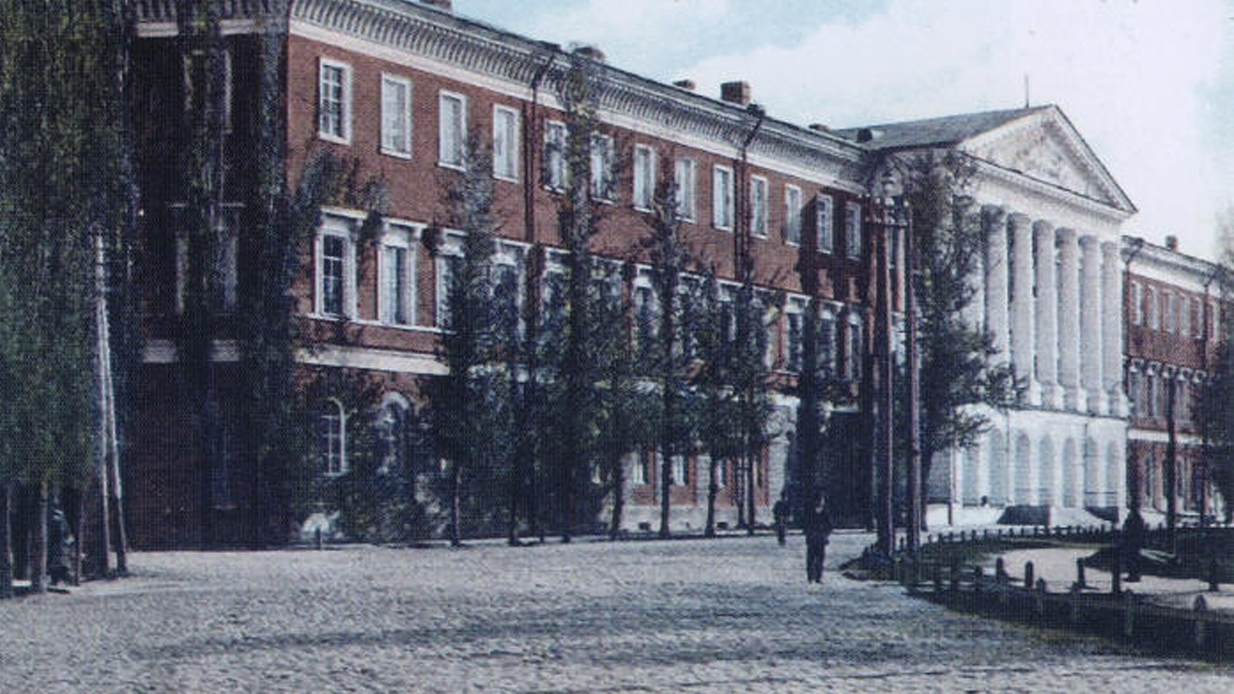 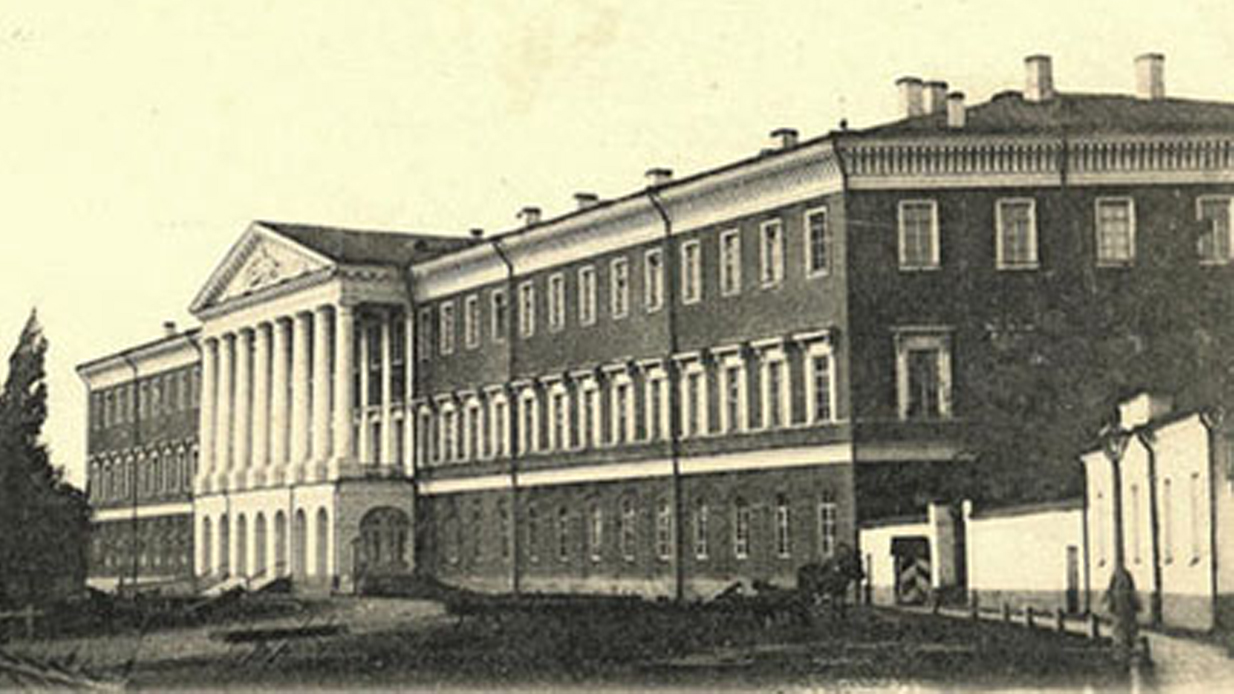 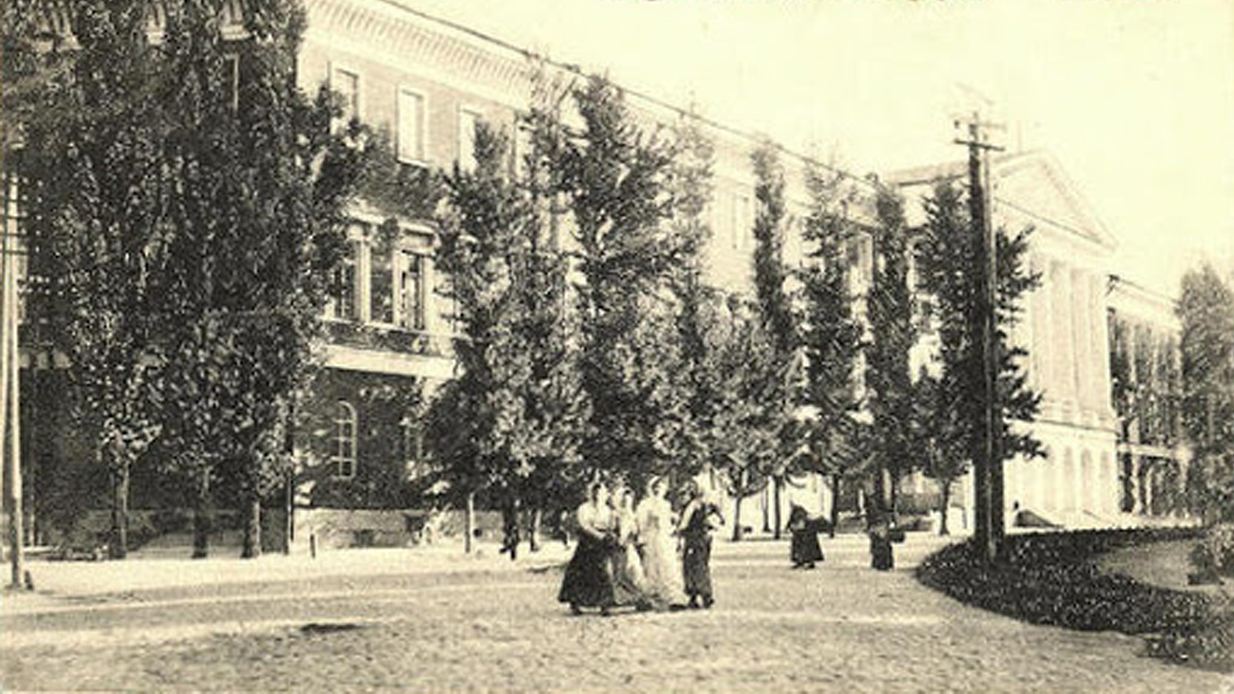 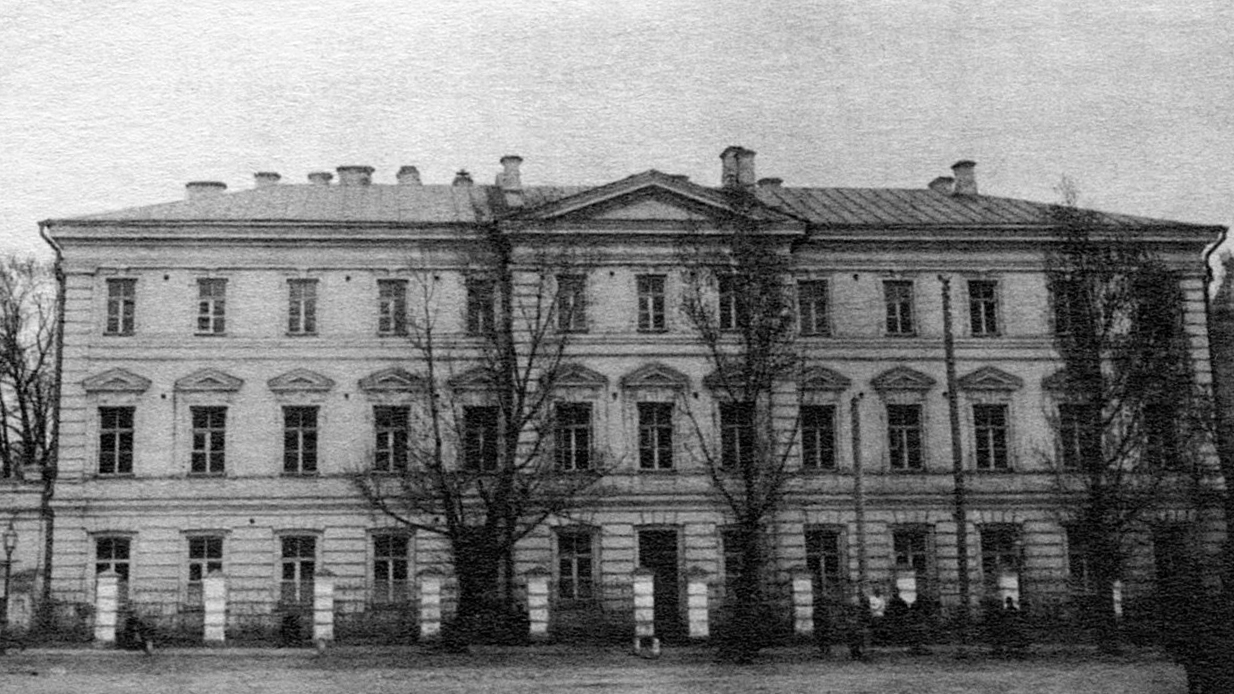 Occupies the area of ​​Round Square, which was originally set aside for the men's gymnasium. The largest building among the buildings of the ensemble - the length of the facade is 132 meters. It is part of the architectural ensemble of the Round Square and is an architectural monument of national importance.

Brick, three-story, T-shaped layout. The axis of symmetry of the main facade is accentuated by an eight-column portico, which rests on a rusted arcade on the 1st floor. Crowned with a triangular pediment. Stairs and two straight ramps, which are located on both sides, along the facade, lead to the main entrance. Initially, the house was not plastered, and an important role in creating a strict monumental image was played by the contrast of red brick walls and whitewashed details.

During the Russian Empire it was the oldest and most prestigious Cadet educational institution in modern Ukraine.